Cecilia and I have worked on the Countermeasure Series for over two years now. The series has grown more and more robust over the past few months we've worked on Alternate Connection.

A new set of secondary characters we introduced to support the action in that story started a loud chatter in our heads. They were pushy and threatened to take over until we agreed to give them their own stories outside Countermeasure. And that's how the A.W.E. Crew was born.

The series will make its debut with ACE after Alternate Connection's release. We will keep everybody appraised of release dates so keep your eyes on our pages for more details as they become available. In the meantime, allow us to introduce you to ACE, the first novel in the A.W.E. Crew Series.

The photo on the cover was taken by Jenn LeBlanc and the model is Guy Marquardt who is currently one of the top-voted models in the Fifty Shades of Sexy contest. 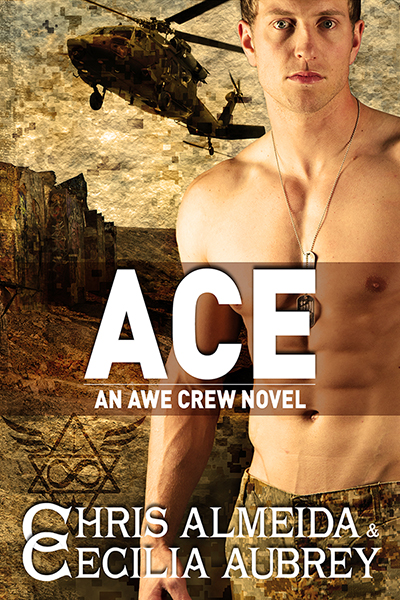