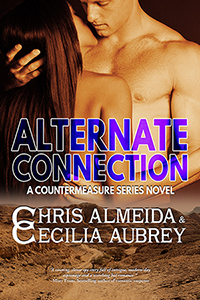 CIA Operative Nathan Nelson has built his life on secrets, especially those that have shaped the man he is—secret feelings for a woman he’s viewed as off-limits for a decade and events that taught him to keep his shields up. Now, those secrets come barreling down on him at the worst time.

Foreign Service Specialist Rachael Moore’s personal crusade puts her in the cross-hairs of very dangerous people. She has risked her life to free herself from the past and in doing so, exposed her battered heart and deeply concealed dreams to the man who once told her he would never touch her.

Unknowingly, their connection may not only bridge the chasm between them, but shed light on a puzzling mystery. Their perilous journey becomes a race for their lives, leading them into a conspiracy rooted deeper than their tangled emotions.

Will their present collaboration shatter the tenuous links of their woven past or forge a future bond they never expected?